In this game, the player controls an adventure seeker who explores caves, collects treasures, and also saves girls in distress. The goal of the game is to collect gold, but you should not let the main character die. Game levels are randomly generated each time you start a game.

Interesting that in 2016, Rock, Paper, Shotgun put Spelunky on the 1st place in its ranking of the best free games of all times for personal computers. In 2018, the same edition put the game on the 7th place among the best cooperative games of all times. 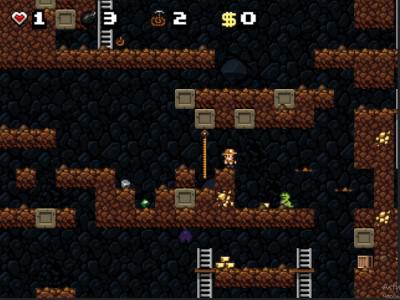