Warframe is a famous cooperative third-person shooter. The Sci-Fi universe reveals your story, the story of an ancient warrior of the Tenno race, who woke up from centuries of suspended animation.

Get up, warrior! You were given a chance to survive, which means great things await!

All the charm of the gameplay in the Warframe exoskeleton, which is used by players. It allows you to get a number of skills and characteristics necessary for fighting. Well, what kind of shooter, without weapons? Its here, as they say, for every taste and color. Here, not only the usual snipers, machine guns, rifles and shotguns, but even swords, axes, braids and boomerangs.

To test weapons in action will allow missions, each of which has its own specific goal. Did you know that killing enemies can be so entertaining?
A few words about management. It deserves special attention. Forget about boring jumps and squats! In Warframe - jerking along the wall, fixing on vertical surfaces, gliding and controlled flights! 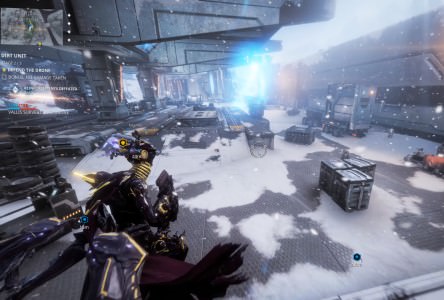