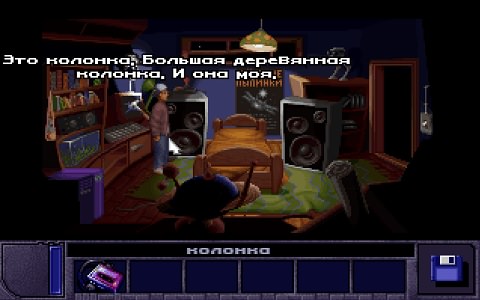 In Alien Incident, you play as Benjamin Richardson.

In one of the usual Halloween's, Ben witnessed how his uncle is trying to activate his latest invention - the wormhole generator. The wormhole is a tunnel in space that, in theory, allows you to travel millions of light years in a few seconds. But one has only to activate the Generator of wormholes, as lightning strikes it; However, the results of the experiment exceed all expectations: the device generates a powerful energy beam, and a hole is formed in the sky. Suddenly, a Creature penetrates our galaxy through it, followed by some kind of a spacecraft. The creature enters the earth's atmosphere, while the ship slows down - and sends a detachment of aliens to kidnap the person responsible for opening the wormhole, which allowed the Being to escape.

Soon the aliens land - and penetrate the house where Ben and his uncle come to their senses after the explosion. When aliens enter the laboratory, Ben quickly hides behind the wreckage of the Wormhole Generator and, not believing his eyes, sees his uncle abducted and taken to the alien ship. This is where you take control ...

You lead Ben in an attempt to free his uncle and save the world from this alien threat. On the way Benjamin expects many obstacles, and it depends on you whether he can overcome them ... Some of these obstacles are simple puzzles, others are more difficult and require more effort, and still others imply direct encounters with aliens and other unusual things.

If this is your first computer adventure game, get ready for an exciting, exciting and challenging experience that is nothing like it. Be patient, even if you take time to solve some of the riddles in the game. If you are stuck, you may first need to solve another puzzle or find and use in some way an item. Just do not give up ... Most likely, after a while you will succeed.