Alone in the Dark 3 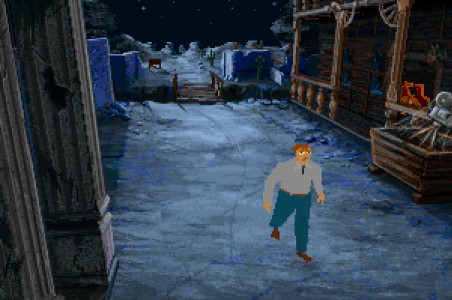 Edward Carnby is still alive and continues to investigate various paranormal phenomena privately. At the same time, Emily Hartwood, who was present in the first part and disappeared in the second, decided to make a career in Hollywood. Her first project - a western, which she, in order to save on the scenery, takes off in the present abandoned town of that period, bearing a rather gloomy name - Slaughter Gulch.

This town was once built by the ruthless killer of Jebediah Stone (I don’t even know how to pronounce this name) on the sacred land of the Indians. Stone, with the help of his gang, mined gold and ruled the city and its environs with an iron hand until it was killed by rebellious residents. Emily and her film crew mistakenly awaken Stone’s gang, and they are again embarking on their bloody work.

The rest of the changes are extremely small, except for the fact that now everything is happening in the Wild West, so dead cowboys have replaced the zombies and pirates with a hobble gait. All the same puzzles and shootouts, but without the former oppressive atmosphere.