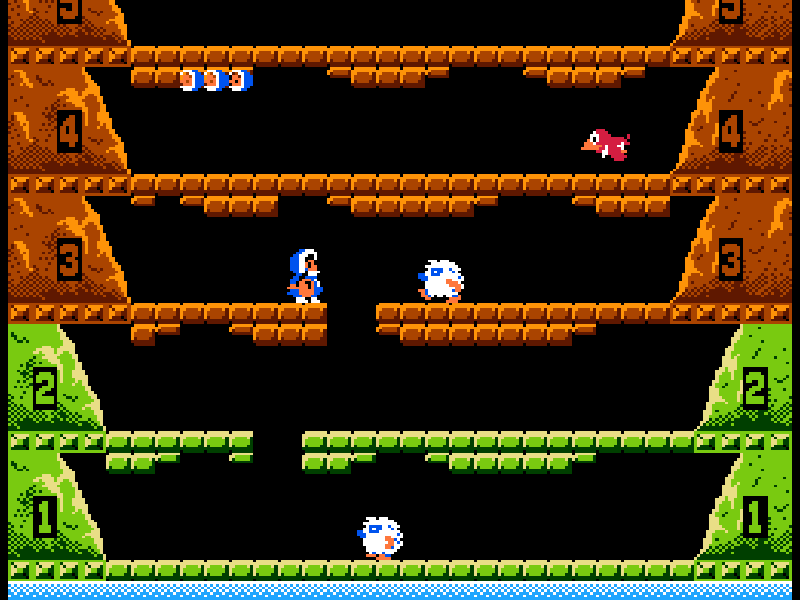 On this page, you can play old Dandy game online Ice Climber. The interesting thing is that in the initial screen saver some bird carries an eggplant .. Yeah). This game never ceases to amaze.

From the very beginning of the game, you can choose the number of players - 1 or 2. And also on which mountain you will climb. There are a total of 32 mountains, and this is impressive.

We play as a mountaineer with a hammer, which is blocked by seals, birds, and which needs to jump in order to shoot down the heels and climb further. Birds are a bit more difficult enemies than seals. There is also a legend that there is still a secret enemy vedmed with glasses, but personally I have not seen him yet in this game.

The higher we climb, the harder the obstacles. For example, from some stage the mountain becomes icy and it becomes more difficult to control our character so that he does not fall.

The game has a bonus level that needs to be completed in 40 seconds, or we will lose the mountain. In this level, we will need to collect different bonuses and jump even over the clouds, which are moving all the time.