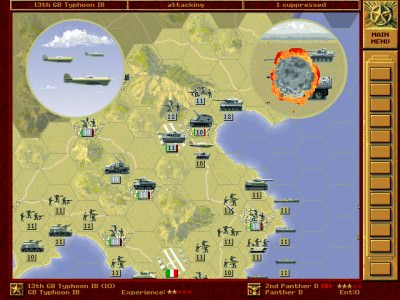 A special feature of the game Panzer General is the animation of battles. Each unit is animated in a small video when a battle occurs. Various types of troops: cars, infantry, aircraft, artillery, tanks, submarines ... In this case, the unit relies on a historical sample.