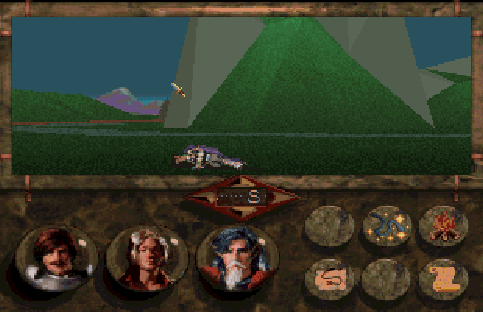 Betrayal at Krondor is one of the greatest RPGs of all time and platforms. Stunning plot and atmosphere, combat and adventure parts (the so-called "exploration").

It is worth starting with the fact that the wonderful writer Raymond Feist was involved in plot writing and game design. Game events taking place in the world of Midkemia are intertwined with the plot of his books devoted to this world.

Turn-based combat system is quite easy to learn. The field is divided into cells along which the characters move. The number of cells that a character is able to go through depends on the rate of his speed and on his condition.

Unlike most computer RPGs, characters cannot be created by oneself; they already have their own unique character, manner of dialogue and their fighting skills. The development of their abilities occurs as you use, read books or through training with some NPCs. You are also not responsible for the composition of the group, it changes, following the plot.

The plot (to which the leading role is assigned) is divided into chapters. In each chapter, you will have access to a certain section of the map. But it is so huge that you will never be crowded. Many cities, villages, temples and caves. Many quests and opponents, many weapons and spells. You just can’t list everything. You just have to try this game yourself.